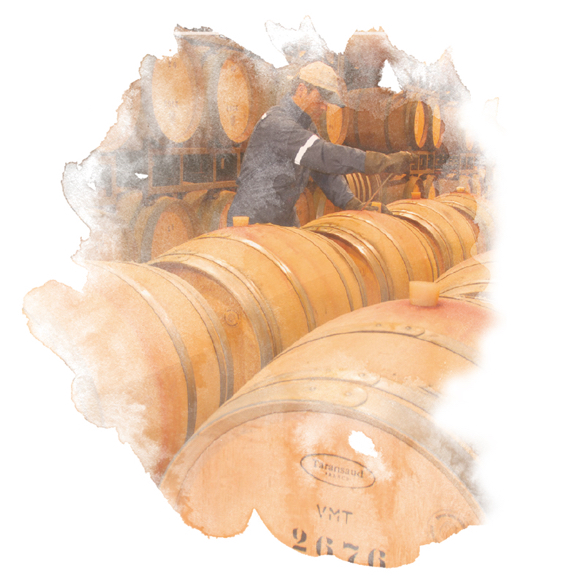 Our winery, located in the Cachapoal Valley, is renowned
for its state-of-the-art technology, its vast capacity, the
eciency of its processes and its world-class certifications,
all of which allow us to obtain excellent products.

The imposing mountains of The Andes, which stand as a protective border all along the eastern end of Chile’s territory, have been since time immemorial, a rich source of myths and legends. The native peoples venerated their high peaks and perceived them as a source of endless energy. But also, as the home of divinities that inhabited both its depths and its almost unreachable heights.

A mountain range as powerful as the Andean Cordillera, honored by poets, painters and musicians, could not but have the manque or condor, the largest flying bird on the planet, as its powerful guardian and the one in charge of connecting the spirits of the earth and the sky. It is hence that in many Andean fables, Manque Cura (the Stone Condor) is mentioned as a creatures of great strength, intelligence and determination, responsible for keeping the perfect harmony of those amazingly beauty peaks.

Manque Cura also possessed the ability to dialogue with the cold and the warm winds that make his magnificent flight and that of the entire manque lineage possible. And also with the clouds which, when colliding with the mountain peaks, drop the rains that fill with life the valleys of this remote territory .

With our name –Mancura- we pay homage to this mythological figure by joining two of the syllables that make up its original identity. Because like him, our vineyards and fields have also learned to dialogue with the winter rains that soak their soils and with the freshnessd of the mountain breezes that moderate the ripening processes of the grapes.

Mancura was born in 2011 as the second adventure after the creation of Morandé Wine Group with the idea of expressing our deepest respect and admiration for the native peoples of our continent and our love and care for our land. So much so, that even before the creation of the Sustainability Code by Wines of Chile, the winery already met all its requirements, being the first officially certified in all three areas: vineyards (green), winery (red) and community (orange).

Mancura’s wines originate in Chilean wine valleys that have been closely linked to our winery since its start, such as Maule, Casablanca and Maipo. Maule is renowned for its long winemaking tradition that dates back to colonial times; Casablanca, of more recent creation, is particularly attractive for its coastal and fresh wines. Maipo, on the other hand, enjoys an undisputed international prestige for red wines of great quality.

In Mancura’s portfolio we currently offer five ranges, plus one sparkling wine. They are Etnia, Guardián, Mito, Leyenda de los Andes and Vuelo Mágico, our icon wine. Etnia (Ethnic Group) is made up of young and fresh wines, all very easy to drink. It offers seven different wines that stand out for the honesty with which they show the distinctive character of each variety, all of them of great value for their quality. Of recent incorporation to this range is Low Alcohol, a group of three wines made with Cabernet Sauvignon, Merlot and Sauvignon Blanc which, as their name suggests, have only 8% alcohol by volume.

Next, in the Reserva rank, we have Guardián (Guardian), a range composed of eight single-variety wines characterized by their good balance of fruit and their soft touches of wood. The line includes two wines –one made with País and another with Carignan- both of which reflect the important rescuing and rediscovering work of forgotten varieties carried out by the winemaking team of Morandé Wine Group.

Mito (Myth), on the other hand, is a line made up of four wines which are ranked in the Gran Reserva range. They faithfully represent the distinctive characteristics of their respective varieties and the valleys where they come from. Conceived for today’s consumers, they offer very pleasant acidities and good structures due to their 12 to 18 month of aging in barrels, which also allows them to achieve a remarkable development in the bottle.

We finally have Vuelo Mágico (Magic Flight), our icon wine, a blend based on Cabernet Sauvignon. It comes from the Maipo Valley, one of the most recognized Chilean origins for great red varieties such as the ones of this blend.

Across all our ranges, the wines of Mancura transmit a deep commitment to the land, which is supported by the widespread use of organic and sustainable farming in our vineyards.

Jorge Martinez was summoned by Pablo Morandé in 1999 to join Morandé Wine Group’s team. It was thus that he had the opportunity to work side by side with him, soaking up the passion, energy and wine philosophy of this great Chilean winemaker. This certainly was a great experience for a young professional who was initially in charge of making Viña Morandé’s Pionero and Reserva lines to then take over all the production lines of the winery. An important responsibility that allowed him to learn all the processes ranging from the vineyard to the bottle, through production and labeling, to finally delivering to the markets.

Jorge has carried out harvests in Spain and France and participated in technical tours to the most important wine producing regions in the world. In 2011 he assumed the management of Mancura’s wines, putting since then his best effort in finding the most remarkable expressions of each grape variety and valley to delight the palates of young consumers who look for new experiences. His winemaking philosophy is focused on respecting the land and the genuine expressions it bestows to each variety. 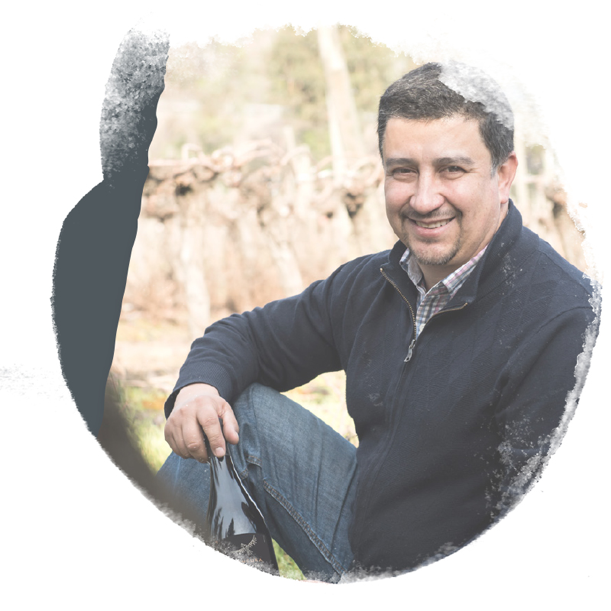